A Day in the Office. 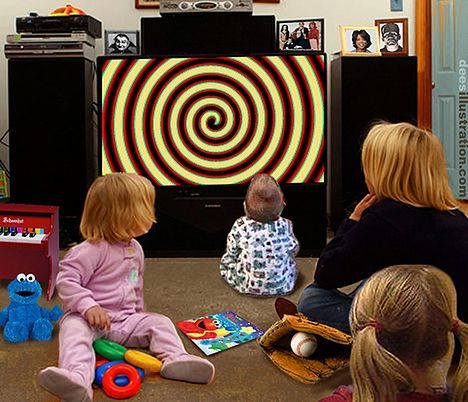 Remember those advertisements on YouTube where the guy with fluoride teeth goes on forever about how good his income is and how he gets quality time with his kids because he works at home?

Well that’s not me. Just FYI.

Come early afternoon I’m busting at the seams to get some work done lest I stay up till 3am just doing the essential chores. And as much as I like to imagine my kids enjoying an educational documentary, they weren’t identifying with that by a long stretch. So it was, Cat in The Hat.

As I go about my business to get as much possible done within a 1 ½ hour window, I see this:

Now this intrigues me. And now I only have 1hr 15min window…

The Camera centres on an entire delivery box of Hand Sanitizer. It’s not narrated at all but visually it takes up the screen for a moment. The audience (the kids and myself at this point) is taken through to a pristine and perfect office setting. At 9:02am its time for a staff meeting and without a pause the staff rush off to….

…you got it. Wash their hands.

There is a new staff member who immediately shakes Mr Humberfloob’s (Boss) hand and gushes how pleased he is to meet him. However,the entire work place falls silent and stares at the hand shake in horror.There is a lull of silence and then Mr Humberfloob scream’s, “FIRED!”. Quickly he grabs his own personal hand sanitiser and drowns in it.

Now although I’m hating Netflix’s at this point and their‘timely’ movie pick that my kids ‘happened’ to choose, it reminds how prevalent a continued message can be over years.

‘Repeat a lie often enough and it becomes the truth’. This is somewhat the rule to propaganda and media attributed by Joseph Goebbels. Well, at least the history books say it was him, being 2020 something just may jump out of the closet.

Like the time someone reported Ned Kelly’s last words were never, “Such Is Life”. Say what!?

We’ve all witnessed one or two lies being stretched by the mainstream media this year and then stretched some more, and in a timely manner, government hashtags or slogans are at an all-time high. #stayathomestaysafe #stayathomechallenge #flattenthecurve#sixfeetapart #maskup #icantbreath #blm #fightmeifyoudontbeleivethelast2aregovt

It seems that whatever is in need of trending, will trend; albeit culturally appropriate,feel good, affordable and attainable. Why would we choose different, when you have a positive and attainable option? The other option is silly, outdated and{enter negative connotation}.

Simply add some repetition like hourly News, billboards,flyers, arrows on floors… and you’ll be left blankly thinking that there never was any other option. Wait, like lock down?

Just like Social media and A.I., analyses our ‘likes ‘and emojis; they are literally suggesting ‘ideas’ that later pose as our own ideas when we wander aimlessly down the aisles of Kmart. I consume because I’m here and I’m here because I consume…. whatever, just don’t tell my husband.

Which brings us to the next point; subliminal messages,which obviously don’t just stop at buying crap we can’t afford (que Walt Disney+ Hollywood rant). Again, its repetitive and although it may be someone’s desired truth, it undermines our ‘choice’ by altering our perception of choice in their box- think voting box. Outside of the box seems inconceivable. Why? Because at this point and time in my life, I don’t have time to change my tampon, let alone, hatch an idea to think and live outside the box.

Unless I stayed up till 5 am. And yes, I know it’s designed this way.

Everyday we’re drawn further into the 2009 set of The Joneses. Although 2020 is comparable to Cat in The Hat feat. Andrews, Gates. Unfortunately,we haven’t been dragged, but we’ve chosen the latest analytical sales pitch and we’ve slotted ourselves right up in there.

Oh, how I wish I could go about my business without the constant bombardment of reminders! Because as I browse the 2 shops Andrews has leftopen at our local mall, I have a creeping feeling that Kmart jumper A, and Best& Less Jumper B, were actually the same.

Was there ever a choice?

But of course, it’s not a monetary or material cost. To break free would cost me

a broken heart and a contrite spirit.