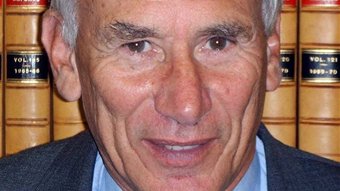 In Sydney Australia in the mid 1990s, politician Diedre Grusovin complained about reports of a VIP Sydney pedophile ring which implicated politicians, Catholic churches, Child Protection Services (DOCS), the Education Department, media moguls, and entertainers. This sparked a Royal Commission in the state of New South Wales. The commission was to examine allegations of systemic and entrenched corruption within the NSW Police, namely that police were protecting pedophiles, and that some police were actually involved in pedophile activities and ritual abuse.

This Royal Commission was conducted by Justice James Wood. The Wood Royal Commission was to specifically examine allegations of satanic ritual abuse at Seabeach Kindergarten, otherwise known as the ‘Mr Bubbles’ case. The subsequent Royal Commission into the NSW Police Service Final Report was published on 1st May, 1997. Three volumes of this report were devoted to pedophilia inquiries. Volume Four, Chapter 5 (pages 99 -116) was solely devoted to the subject of RA. At the end of this chapter, Commissioner Wood concluded:

5.13 From a common sense perspective, while it must be recognised that apparently respectable and successful members of the community do commit child sexual abuse, a quantum leap in credibility is required to suppose that they would do so in the bizarre, ritualistic way described, which includes the infliction of serious, even fatal, injury and mutilation upon their own children.

Wood’s examination of RA amounted to a blatantly biased whitewashing. The entire contents of Chapter 5 were devoted to discrediting RA victims, parroting critics’ unscientific reasons for why RA does not exist in Australia, excluding the evidence for RA’s existence, and listing alternative possible reasons – none scientifically evidenced – for the epidemic reporting of RA in Australia.

Wood’s given explanations for the multitude of witness testimonies included mental illness, substance abuse history, urban legend, a ‘metaphor’ for incest, lying to get compensation, and exposure to ritual themes in books, film or television.

Commissioner Wood detailed the arguments against the possibility of dissociation and memory loss, and the arguments for the existence of something called ‘false memory syndrome.’ Wood failed to mention where the notion of ‘false memory syndrome’ stemmed from. False Memory Syndrome is not a recognised psychiatric condition, it does not appear in the DSM. The term was coined by pedophiles and their supporters.

Commissioner Wood’s report referenced Loftus’ 1994 book, The Myth of Repressed Memory: False Memories and Allegations of Sexual Abuse, to support the views that (a) false memories of RA can be artificially created as a result of third person suggestion and (b) a victim of RA cannot experience dissociation and repression of traumatic memories. Loftus’ 1994 book was not a scientifically conducted, peer reviewed research publication. It was just a book.

In his Final Report, Commissioner Wood indicated that RA does not exist from a law enforcement perspective because:

1.)rarely, if ever, are bodies of the ‘victims’ or their graves found, nor do neighbours, friends or relatives report children missing in the numbers required to account for the allegations;

2.)there is rarely, if ever, any evidence of the kind which can be confirmed by modern forensic technology;

3.)signs of physical injury in the form of scarring, burns and the like, are not found upon medical examination of ‘victims’ who report torture of the most extreme and prolonged kind; more often than not the medical examination fails to confirm the abuse as alleged;

4.)in cases of criminal conspiracy, inter-group jealousies or disputes inevitably develop and throw up an informant. In cases of RA, this rarely if ever occurs. Similarly a co-conspirator who is otherwise in trouble, and prepared to supply information in return for an immunity or assistance in sentencing, rarely emerges;

5.)again, contrary to experience with child sexual abuse generally, most of the offenders are reported to be females;

6.)although many ‘victims’ claim that photographs are taken and videotapes made of the activity, visual records of the kind are rarely found, nor does the large amount of child pornography in circulation portray the bizarre and ritualistic activities described;

7.)and so many people tell the same story, and allege the involvement of so many others in the events that it is difficult to see how there could not be independent evidence, or knowledge of it on the part of persons outside the alleged rings.

Now, the true reason behind Commissioner Wood’s dismissal of the evidence for the existence of Ritual Abuse and a VIP pedophile ring in Australia has come to light.

One victim of the Sydney based VIP pedophile ring who was prostituted by government owned boys homes, has named Commissioner James Wood as one of his VIP pedophile ring clientele who paid to rape him as a child in a Kings Cross boy brothel.

The following is a transcript of the witness statement that Dean Henry provided to the current Royal Commission into Institutional Responses to Child Abuse, while in prison. Do not be deterred by Dean’s criminal history, as ALL of the Wood Royal Commission victims were routinely incarcerated in adult prisons following their incarceration and abuse in child institutions.