December 8, 2021
News and Cover Up Research
Kangaroo Court of Australia 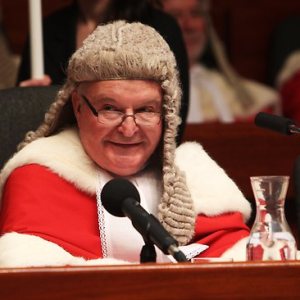 I have seen some scandalous and corrupt judgements but I can’t remember any worse than paedophile catholic priest Father Robert Flaherty being sentenced in August 2016 to a non-parole period of 3 months jail for abusing and raping 3 boys. It is plainly obvious that the judges involved need to be investigated themselves.

I have collated a list of paedophile judges and suspected paedophile judges below and emailed the list to all the NSW Supreme Court judges giving them an opportunity to respond before I published their names. I am also in the process of sending a formal complaint to the relevant authorities regarding paedophiles in the judiciary and not all my evidence is in this article but I will focus on making a fair and reasonable case against the 4 judges in the Father Flaherty matter.

The rest of the evidence I will publish at the relevant time although I have published plenty before such as an article in 2014 titled: “Premier Mike Baird & Chief Justice Bathurst fail to act on paedophile supporter Judge Garry Neilson“.

Most people find it hard to believe that there are paedophile judges but the first Australian judicial officer jailed was South Australian magistrate Peter Liddy who is still in jail today. It was reported in 2001:

“Former South Australian Magistrate, Peter Liddy, continues to make Australian legal history. In June he became the first Australian judicial officer convicted of child sex crimes. And today he was given a 25 year sentence – believed to be the longest sentence handed down to any paedophile.“(Click here to read more)

In February 2016 Father Flaherty was jailed for 2 years and 3 weeks with a non-parole period of 6 months by the NSW District Court’s Judge Richard Cogswell, SC for sexually abusing 3 boys.(Click here to read more)

The church had allowed Father Flaherty to move from parish to parish even though they knew he had abused boys.

As you would expect the prosecution appealed because the sentence was a joke. The appeal was heard in the NSW Court of Criminal Appeal by Justice Hoeben, Justice Price and Justice Simpson with Hoeben being the senior judge. What did they do? They decreased the sentence to 2 years with an non-parole period of 3 months. (Click here to read the summary of the judgement)

Father Flaherty’s lawyers did the big sob story that he suffered numerous health issues and only had 6 to 12 months to live. Half the criminals before the courts argue similar things and they don’t get reduced sentences.

To put it in perspective how scandalous the Father Flaherty matter is it is worth comparing it to another recent appeal involving Bega paedophile Maurice Van Ryn. Mr Van Ryn was sentenced to 7 years jail by Judge Clive Jeffreys for abusing 9 children. The court of appeal increased it to 13 years 6 months and said Judge Jeffreys judgment was: so manifestly inadequate it amounted to “an affront to the administration of criminal justice”. (Click here to read the full judgment) Just for the record the 3 appeal judges in the Van Ryn matter were Justice Leeming, Johnson and Hulme.

Compare the 13 1/2 years jail for Van Ryn to the 2 years jail with a non-parole period of 3 months for Father Flaherty and it is not too hard to work out something is badly wrong. It seems to be when there is little media coverage the judges take advantage of it and do what they want as Van Ryn was very high-profile yet Father Flaherty did not get much media coverage for some reason.

Judges supporting paedophiles with grossly inadequate sentencing has been a long-term problem and can only mean one thing and that is there are numerous judges who are themselves paedophiles. Former federal Senator Bill Heffernan said last year that he was in possession of a list of high-profile paedophiles which included judges that he received from a federal law enforcement agency and when judges hand down lenient sentences than those judges should come under suspicion until there is a public enquiry.

What makes the Flaherty matter even more scandalous is the fact that it has happened while there is a Royal Commission into Child Sexual Abuse in progress costing hundreds of millions of dollars and NSW Supreme Court judges have said we do not care and we are untouchable. But they are not untouchable from this website naming them and the court of public opinion.

Below is the email I sent to Chief Justice Tom Bathurst and all of the other NSW Supreme Court judges.

I am writing to you all regarding the list of paedophile judges that I intended on making a formal complaint about to the AFP, Australian Crime Commission, NSW Crime Commission and Royal Commission into Child Sexual Abuse. The list is below.

If you are on the list and would like a right of reply to deny that you are a paedophile and argue that you should not be on the list, please email me by close of business Wednesday the 7th of September 2016. I will also likely publish the list on my website, if you would like me to publish a reply please send me one by 5pm Wednesday the 7th of September.

If you are not on the list but have evidence of paedophile judges, please contact me on the details below.

As we all know corruption in the NSW Courts is widespread and systemic. In July 2015 Fairfax Media and the ABC’s Four Corners program reported that NSW judges had been bribed $2.2 million by the Mafia which was confirmed by Justice David Davies in December 2015. Maybe you have evidence that the above judges have also benefited from the Mafia bribes or other bribes. If you have evidence of judicial bribery, please contact me ASAP.

No one has responded just the same as they all shut their mouths last year when Fairfax Media and the ABC’s Four Corners exposed NSW Judges for taking bribes of $2.2 million from the Mafia.(Click here to read more)

The Father Flaherty matter has happened in an environment where the NSW Attorney-General has claimed there will be harsher laws for child abusers:

“NSW Attorney General Gabrielle Upton will introduce new legislation this week increasing the maximum sentence for sexual intercourse with a child under 10 from 25 years to life imprisonment.” (Click here to read more)

And has happened where NSW Attorney General Gabrielle Upton also had “two specialist judges appointed to the District Court to hear child sexual assault cases across the state.” (Click here to read more)

Doesn’t seem like the NSW Attorney General Gabrielle Upton is achieving a much.

In the next week or so I will make a formal complaint as I have flagged above but before then please email me or write in the comment section below any evidence that you might have regarding child abusers in the judiciary which I might add to the complaint.

Kangaroo Court of Australia is an independent website and is reliant on donations to keep publishing. If you would like to support the continuance of this site, please click on the button below to donate via PayPal or go to the donations page for other donation options. (Click here to go to the Donations page)