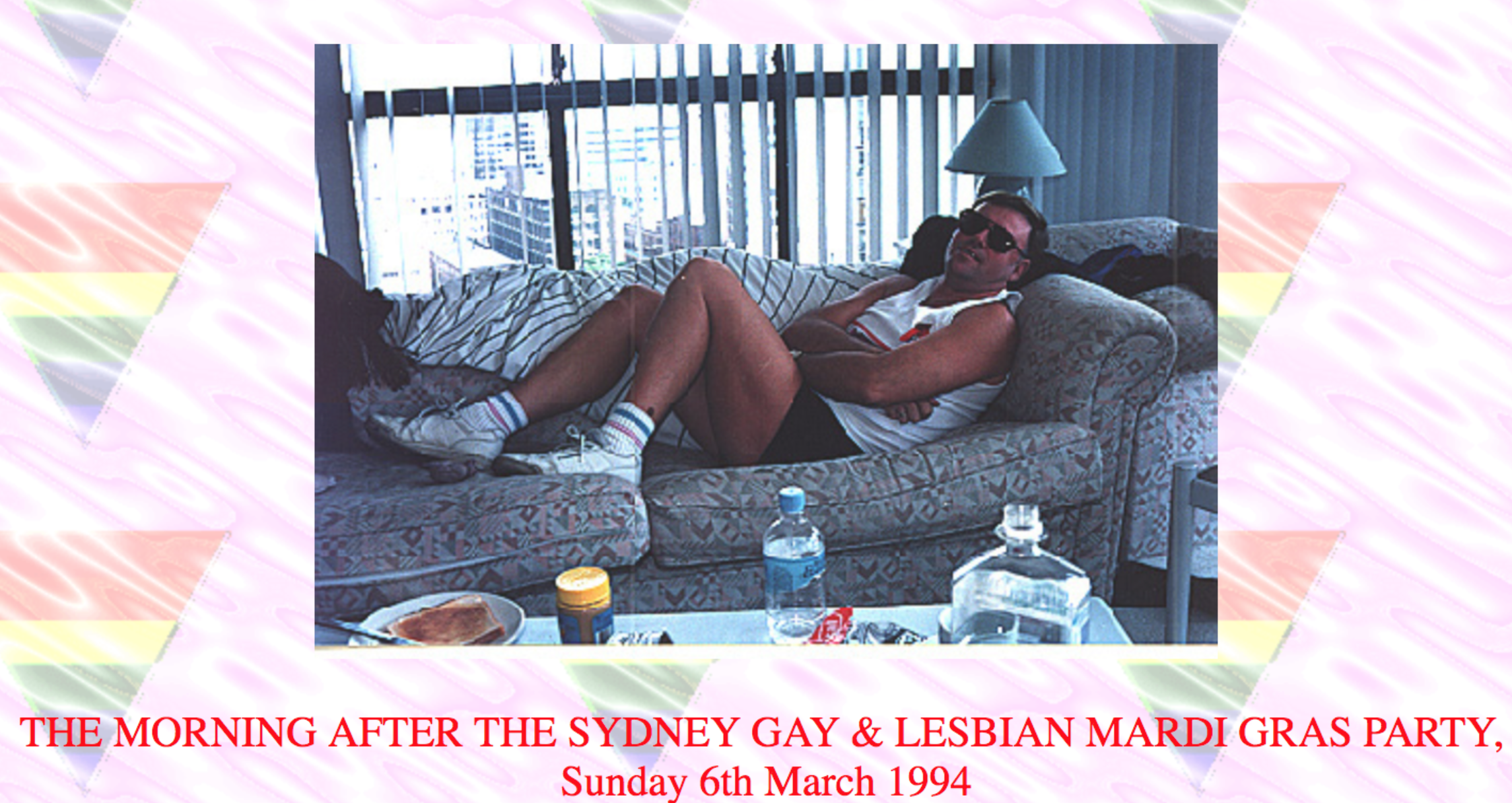 Colin started the well known LGBTQ organisation Minus18 in 1998.

He is dead now. But before he died Billing was charged over the sexual assault of three teenage boys. http://www.abc.net.au/news/2010-05-06/details-of-sex-abuse-victims-dumped-near-shops/424872

Details of sex abuse victims dumped nearshops. the documents are a brief of evidence and contain statements and the names, addresses and phone numbers of victims of Colin Roland Billing. The file, appeared to be the defendants own copy. What a top bloke!

So imagine that, an UNDERAGE youth organisation started by Colin as part of the Alternative Lifestyle Organisation(ALSO) suggested to PFLAG Victoria (Parents and Friends of Lesbians and Gays)to have a fundraising event “pink light disco” for underage children between 10 to 18 held at 3 Faces nightclub on 1/7/98.

Colin was convenor of Minus18 until 18th July, 2001 after 3 years and 20 events. When he left under controversial circumstances. He was heavily involved with the gay community throughout his life, including work with the ALSO Foundation for over 10 years and a long stint as a volunteer with the Australian Lesbian and Gay Archives.

After Colin left Minus18 in 2001 Micah Scott took over and became CEO of Minus18 Foundation.

“Hi, I’m Colin. I’m a 59 ( yes 59!!)year old gay male from Springvale South, Victoria, Australia. I am currently NOT in a relationship but always looking !!!

I was the volunteer Membership Secretary at The ALSO Foundation, Australias largest and oldest Gay; Lesbian Community Development organisation. I am also a former member of the ALSO Board of Management.

I started at ALSO on 8th August 1994 as Receptionist (Mr Monday and Mr Tuesday) and enjoyed my volunteer work immensely.

I felt that I contributed to Melbournes Gay;Lesbian community in a constructive way during that time. I have also worked as Production Assistant on 3 editions of the annual ALSO Directory (1996-1998).

On 25/9/2004, at a private ALSO function I was awarded the first Meritorious Service Award from The ALSO Foundation ingrateful recognition of 10 years of dedicated outstanding voluntary service to the Gay, Lesbian and Allied Communities of Victoria.

On 5th December 2006 (International Volunteers Day), I was awarded ALSOs Volunteer Of the Year 2006 award.

Outside of ALSO, I enjoyed video-taping many of Melbournes Gay, Lesbian events (Midsumma), mainly as a personal record. Some footage has been shown on Bent TV.

I count a number of Melbournes Drag Queens as my friends and have video footage of most of them performing, especially Dulcie Du Jour. I have also videotaped the Sydney Gay Lesbian Mardi Gras parade for a number of years. I no longer videotape events/shows.

Apart from video, I was involved to a small extent with shows compered by Dulcie Du Jour. I contributed by writing short comedy segments for her when required. I enjoyed this work because I have a good sense of humour and it makes me happy to hear people laugh at something I have written. I no longer write comedy.

In 1998, I came up with a fundraising idea for PFLAG Victoria (Parents and Friends of Lesbians and Gays). I have often thought that nothing was being done for the underage Gay; Lesbian youth of Melbourne in a social sense. I suggested that PFLAG run an under 18 s PinkLight Discos (renamed Minus18 prior to the first event) and the first one was held at 3 Faces nightclub on 1/7/98. A lot of hard work went into this and subsequent events (Minus18) by a number of people and its success has allowed others to be planned for each school holidays. Visit the minus18 site for details of the next event. If you are in Melbourne, under 18 and reading this,please come along and support them.

I retired as Convenor of Minus18 on 18th July, 2001 after 3 years and 20 events. I made many friends during my time at minus18. I am very proud of my achievements, especially when Minus18 won the inaugural PRIDE AWARD for Most Outstanding Community Achievement (Group); inJune 2001.

I intend keeping this page updated, so feelfree to visit again”