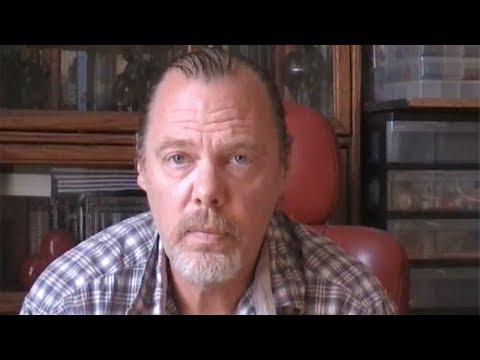 Ritual abuse is simple daily abuse offered in a way that makes the victim feel as if they are an animal, treatment that is inhumane and damaging to the point that it becomes not only acceptable, but expected. My abuse was extreme- and involved torture, beatings, verbal and physical abuse, as well as all the emotional and psychological abuse that goes along with such behaviors. Treated as an animal such as I was, I grew up with zero self esteem, conflicting self images, and a stress level unimaginable for most people. As a result, I developed Post Traumatic Stress Disorder, which I have found very disabling as an adult.

Jaycee Dugard is a good example of what happens when a person endures ritual abuse, and the silence that such violations encourage. Although she was presented with ample opportunity to escape her captivity- such as having a run in with police with her abductor- she remained silent and complacent. This is a major effect of such abuse, and often times takes years to come to terms with. Daily abuse demoralizes the spirit, and the affect on the psyche is so negative that the victim sometimes becomes identified with the abuse and their abusers. This is sometimes referred to as the Stockholm effect.

Satanic ritual abuse is much more controversial, and a concerted campaign has been waged to keep anyone from considering the validity of complaints that thousands of victims have brought forth- in order to deter everyone from looking at a problem that, although certainly not the norm, nonetheless exists in our culture.

There is a long, sordid history in Omaha, Nebraska concerning a satanic cult that was operating during the 60’s, 70’s, and 80’s- and though there has been NO investigations into the crimes associated with such a group, not to mention the abductions and murders that were occurring at the time, there is still talk about what was happening at the time. My father was a high priest- and along with some very well connected friends who were enamored with the devil- were using some of the children that were involved in a human trafficking ring as blood sacrifices to feed their sick, hedonistic desires. Satanic ritual abuse is just what it sounds like- ritualistic abuse that has a satanic theme to both the abuse, and the ritualistic practices that are performed.

People such as the False Memory Foundation have come out and claimed that such accounts are part of a “satanic panic”- and that the tens of thousands of police reports that have been made throughout the country must have been fabricated due to a lack of substance behind such claims. It is peculiar to me that their associations disclosed that members of their board and much of their funding came from an organization called NAMBLA (the North American Man Boy Love Association), and many of their claims have been disproved throughout the decades of psychological and pharmaceutical advances that have been made since they first began their aggressive campaign to silence such claims, both in the media as well as the court room.

Nick Bryant’s book details many of the problems that revolved around a failed financial institution in the 80’s, located in Omaha called the Franklin Credit Union. Along with Mr. Bryant’s book The Franklin Scandal, a British documentary can be found on YouTube called “Conspiracy of Silence” that details many of the problems that are expounded upon by The Franklin Scandal. Pulled from the Discovery Channel the day it was to air- it is a strong testament to the concerns that many have here in Omaha.

Ritual abuse and satanic ritual abuse are not just a problem for Omaha, Nebraska- and the Noblitt’s book Ritual Abuse in the 21st Century present, in great detail, not only a glimpse of the numbers of victims involved with such activities, but also goes into depth as the types of abuse associated with the practices. The extreme abuse survey that was conducted was an incredible social study- and out of fourteen hundred surveys, a thousand came back completely finished. For a study of this sort- these numbers show a great propensity on the part of the victims to share their experiences, and as a social study- these numbers are substantial, as most times- the numbers for such a study are statistically much lower. Plainly laying out what victims of extreme abuse have endured- they break down the barriers by examining the commonalities worldwide, although it may surprise people that most of the victims were in the United States. Discovering that many believed that the government was behind their abuse, Ritual Abuse in the 21st Century pointedly shows that ritual abuse and satanic ritual abuse are not only happening in greater numbers than anyone ever assumed, but there can be seen a concerted effort, both in the media as well as in the courts, to discredit any mention of such activities. No studies in the past few decades have been conducted to explore the validity of such claims out of fear of the repercussions that could result- tying the hands of therapists and social workers alike, who often have to endure the stories of their clients without having any credible resources to fall back on that could help them understand what has happened. Randy Noblitt and PamelaPerskin Noblitt’s book is the first of its kind- and their revolutionary studies stand on the forefront- exposing this evil for what it is- REAL and PREVALENT.

At the 2010 Ritual Abuse Conference, a new coalition was formed that involved not only victims of such abuse- but also therapists, social workers, and members of law enforcement (to name a few involved) who wish to reach out to victims, expose what is happening, and help to hold our government responsible for doing unconscionable things to innocent, and many times, unwitting American citizens. The US TRC (the United States Truth and Reconciliation Coalition), this past week- made a public announcement stating their purpose for coming together and what they wish to achieve. This was that announcement:

We are pleased to announce our new human rights organization, the United States Truth and Reconciliation Coalition (US TRC).

Using the South African Truth and Reconciliation Commission as our model, we will focus on increasing public awareness of historical and present-day extreme abuse and human rights violations including human experimentation, human trafficking, organized ritual crime, and other forms of torture committed in the US and/or by representatives of the US government.

At this time, the US TRC consists of three volunteer groups:

Our update group distributes coalition news to advocacy and human rights organizations and coalitions and to other concerned groups and citizens through emails, websites, media announcements, social networking, and more.

To learn more about the US TRC, to join one of our volunteer groups, or to learn of other ways that you can support our efforts, please email us atustrc@comcast.net . Thank you.

Certainly the tide is changing concerning ritual abuse- as we as a people are becoming more aware of the atrocities that are happening all around us in the way of human trafficking and the modern day versions of slavery that is occurring, not only worldwide, but most especially in the United States. I believe that the US TRCis a valuable addition to the push to expose such events in order to stop them from reoccurring in today’s society.

Omaha, Nebraska is a blaring example of the wrongdoings and human rights violations that our government is accountable for- and I personally hope to encourage those out there who are interested in getting involved to start here. Nick Bryant’s book is complex, and it is not an easy read considering it deals with issues that many of us have been conditioned to dismiss the minute we hear anything about it- but it is an instrumental read to understanding some of the issues that surround that of which I speak.