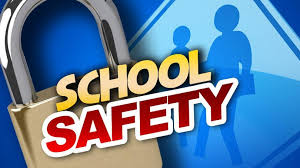 The Australian’s latest major Safe Schools revelations have exposed the farce of Pamela Blackman’s new sexual health curriculum Transmission. It hijacks the legitimate educational issue of sexually transmitted infections (STIs), to disguise the transmission of her extreme sexual ideology to school students. Blackman, whose name already appears on a variety of “sex education resources endorsed by the Victorian government,” instructs teachers to invade student privacy and debase their own profession by asking lewd questions of no educational value. The curriculum – which includes a short film, website, and worksheets – reveals her failure to understand that actual teachers and parents (as opposed to lecturers and researchers in ivory towers) know and care more than she does, about what is appropriate for students, classroom discussions and educational resources. Neither teachers, such as myself, nor students, should be subjected to this sleazy, unnecessary drivel. State governments must intervene to protect students and ban the use of this unhelpful resource.
‍
Purporting to be about sexual health, STIs, and avoiding the transmission of them, Transmission is really a Trojan horse designed to promote and encourage Blackman’s hyper sexualised view of school student’s sex-lives. The film is somewhat informative about HIV, but the curriculum as a whole offers little towards avoiding STIs, preferring to focus on regular testing and treatment. As Blackman’s own research (2011) confirmed, current sex education revolves around traditional ways to avoid STIs such as abstinence, “reproduction, birth control, HIV/STIs, safe sex… [and] forming healthy relationships,” but her new normal for “sexual well-being” revolves around casual, emotionless, experimental and pornified sex. (‘Normal’ scenarios presented include a Single 15-year-old who contracts chlamydia after a couple of meaningless sexual encounters; there are no scenarios presented where the discussion can begin prior to contracting an STI). Scenarios seem to exclude the possibility of saying ‘no’ to certain sexual encounters, misleadingly portraying high-risk sexual behaviour in young people as low-consequence, commonplace and even inevitable.
‍
Stereotyping young people in this way not only silences and shames those who do not fit Blackmans sexual caricatures, but has the potential to create a destructive self-fulfilling prophecy. For example, despite the overwhelming evidence of its addictiveness and harmfulness, pornography is casually offered as a tool for masturbation. Many teachers would be going against their own conscience to promote its use – especially to 15-year olds. Again, the lack of warnings about increased risks of STIs and other physical damage from some of the suggested sex acts (such as anal or penetrative sex ‘using objects’) leaves students ill equipped to make informed decisions. There is no mention of refraining from or even limiting sex – or even just particularly risky sex – as a strategy to avoid STIs. In fact, STI’s are depicted not as something one might be desperate to avoid, but as a natural and inevitable aspect of sex. Understandably, many teachers find this an intolerable oversight. In Blackman’s worldview (the only one which matters), the main concerns are medical treatment options and when one has or hasn’t the responsibility to disclose a positive STI status. Her downplaying of serious psychological and physical risks is a grave betrayal of students, parents and teachers.
‍
Unsurprisingly, Blackman doesn’t stop there and even attempts to compel teachers to carry out that betrayal for her. An entire lesson plan provides instructions for teachers to carry out the public sexual harassment of their students. Worksheet 4 (entitled Ways to engage in sexual pleasure) lists and graphically explains 20 sexual acts (“Anal Sex: having something, maybe a penis, finger or dildo put into the anus. Analingus: when you give someone anal oral sex. Oral:  When a person uses their mouth – like kissing, licking or sucking – to stimulate someone’s genitals, giving them sexual pleasure. Penetrative Sex: when a penis or an object is inserted into the vagina or anus.”). Students are then required to identify with one of three responses to each sex act: ‘Toy Box’ (with a picture of a toy box), ‘Recycle’ (a recycling bin) or ‘Not sure’ (dual fridge-freezer)’. So a student can identify as fun (the toy box, of course), experimental (recycling), or just waiting until later to do it (frigid?). Note that ‘no thanks, not ever’ is simply not an option. Readers might remember when saying ‘no’ to sex was an individual’s inalienable right, but now it’s a response so illegitimate that no student should consider it. Even apart from all that, this whole line of questioning is blatant sexual harassment!
‍
Imagine your daughter came home from school and told you that the teacher – let’s call her Mrs Blackman – had asked her if analingus or cunnilingus seemed more pleasurable. Would it matter if it was asked as a direct question in front of the class, as a discussion question for pairs, or for private reflection to enable the completion of a worksheet? Of course not. The only thing that would matter would be the vow you take to not rest until the teacher was suspended, if not sacked. Now imagine that it was a Mr Blackman that asked your daughter these questions! Any student would feel violated, exposed and humiliated, and in any other setting Mr/Mrs Blackman could expect to be sued!
As a teacher, I wouldn’t run the risk of litigation. And as a woman I would feel myself uncomfortable and indeed sexually harassed using this activity. What teacher, in their right mind, wants any involvement in collecting data about their students’ sexual tastes, let alone collecting completed worksheets? What would a teacher even do with such personal, intimate, and graphically sexual information? Like many teachers, I simply wouldn’t use this curriculum, and would prefer to not be within fifty miles of such an illegitimate, sleazy, educationally pointless invasion of privacy. State governments have a duty to protect teachers, and more importantly, to protect students from this perverse and damaging form of sexual harassment which the Transmission curriculum dishonestly promotes.