The World’s Most Liveable City? (Not Anymore) 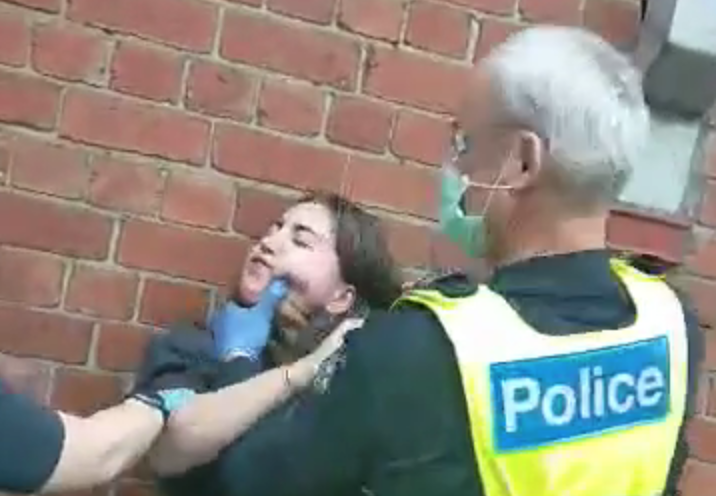 Not because of a drug bust, domestic violence or armed robbery, nor blotched child trafficking matter. This year has been a far cry from ‘normal’, but rather a hop skip and a jump away from straight up bat shit crazy.

You guessed it; a woman wasn’t wearing a mask.

The setting of an empty Wellington street was an eery sight to see, as now common under stage 4 restrictions in Victoria. But not as eery as watching the Agent Smiths pile out of their cars and come running from all angles. For a woman with no mask; that had a medical exemption.

This is Melbourne, Victoria.

Whatever your take is on the Virus, Politics, nukes and murder hornets- just take a look at this clip.

No mention is given at the start as to why the woman is being arrested. But after being pushed, held against a brick wall, crossed faced and taken down on concrete and mounted by the Officer, he audibly mentions that it’s for assault. She replied, “you grabbed me, I did not assault you”.

Before your eyes starting rolling in their sockets at the mention of ‘human rights’ (God forbid people know their HR’s) consider this: Is it not that we’re innocent before being proven guilty? Or are we now sick before being proven not sick? The flood gates are bursting at the possibilities.

Despite the Department of Health & Human Services stating a medical permit is unnecessary for an exemption (never mind always carrying one for the VICPOL) this woman claimed she actually had one.

On a side note: why wasn’t the woman officer detaining (instead of the male) or in mount rather than looking useless to the side? This clip begs many questions and stirs many in trend emotions (que prejudice, ‘I can’t breathe’,no respect for authority, division etc…).

On a side to that side note: What happens to The Rules if the alleged ‘offender’ (dare I say, lol) isn’t wearing a mask. What is considered proper protocol here? Contactless full mount? Taser? Gun to the head? Wait…was there any COMMUNICATION or liaison between officers as to WHY she wasn’t wearing a mask?

Or has the Government handed a second tier of power, more power, to discern at their will appropriate medical exemptions.

In other words, I think the police now have medical discernment. Which the current government has granted itself, unchallenged of course, because parliament isn’t meeting; because you know, Corona Virus.

To the woman’s credit, she makes her stance known even with the officer in full mount. Words are exchanged and, in all honesty, the scene displays the underlying, silent tension and deepening divisions amongst our people. Is this what we wanted? Probably not. But it sure as hell is designed to work this way.

Wake up and smell the coffee- wait, the cafes are shut down. We’re in stage 4.

‘You have the virus’, ‘No, you have it.’ No, your co workers second cousin has it… This virus is deadly at sprouting suspicion, hatred and politics more than anything. Back this up with years of social media algorithms to pit us against each other, economic ruin, a certain education system,propaganda and there you have it.

Could this be a physiological operation? Possibly.  If fear and loathing were flammable, Victoria would catch on fire. Again.

There’s plenty of rhetoric that this generation is spoilt, entitled and reckless. And it’s probably true. I mean, don’t even google it, just go as far as the comments below.

Having said that, you’d cop the stigma of whatever label was at hand, if it meant knowing history is about to repeat itself. Pick up a history book if you don’t know what I mean. 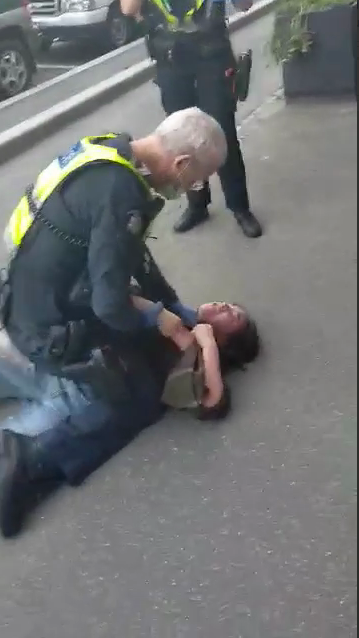 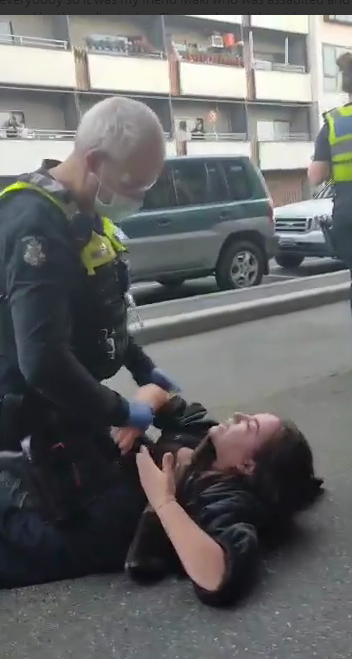 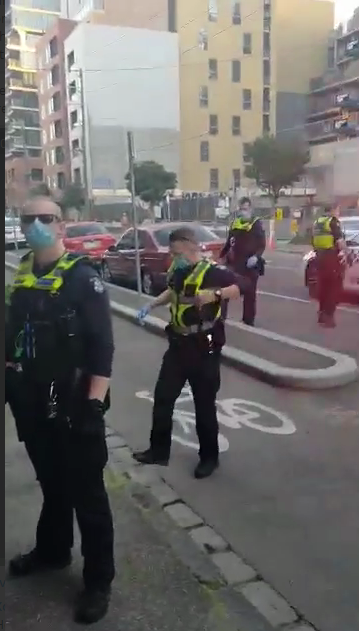